As the COVID-19 pandemic persisted into a second year, Governance Studies (GS) experts continued to provide immediate, actionable solutions to aid recovery efforts across the nation. GS experts offered policy recommendations in an array of areas to address the racial inequities rooted in much of American society while also providing calm and thoughtful analysis at a time when the country was grappling with the aftermath of the killings of George Floyd, Breonna Taylor, and others, and the post-election attacks at the Capitol. The pandemic also forced millions of Americans to work, learn, and socialize virtually, putting a strain on our broadband networks and highlighting the importance of closing the digital divide. GS scholars offered insights on how to best harness the power of emerging technologies like artificial intelligence and offered solutions to bolster the strength and security of American democracy. 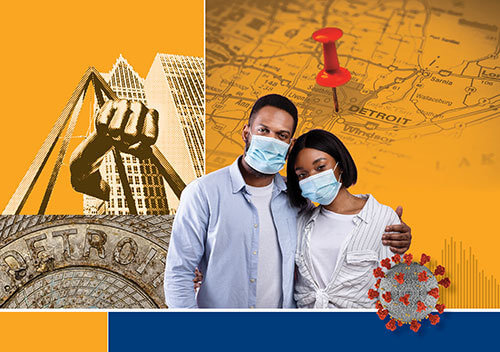 Understanding and addressing racial disparities in COVID-19 relief efforts were key themes in the work of Governance Studies. Senior Fellow and Director of the Race, Prosperity, and Inclusion Initiative Camille Busette testified before Congress to urge lawmakers to strengthen pandemic aid around communities of color and low-wage workers.

Publishing dozens of timely articles and analyses through its influential Chalkboard blog and regularly hosting informative webinars, the Brown Center on Education Policy served as a vital resource for students, parents, and school leaders who were navigating an unprecedented crisis in learning. The Center’s work included a series on how to provide coronavirus relief funds to schools, evidence-based recommendations on school reopening decisions, studying the impact of COVID-19 on learning gaps, and more.

While COVID-19 rates have decreased recently, the crisis is far from over. Governance Studies scholars stand ready to offer fact-based solutions to help America move forward.

Navigating Unprecedented Challenges to the U.S. Election Process and Peaceful Transfer of Power

The 2020 race to the presidency was an arduous journey that began with a packed field of Democratic hopefuls and ended with a deadly insurrection at the United States Capitol. Through it all, Governance Studies scholars provided much-needed context and clarity in a time of rampant misinformation and widespread confusion as to how to carry out an election amid a global pandemic.

Brookings’s Center for Effective Public Management provided thoughtful analyses on how the candidates and campaigns performed throughout the race, and what polls could tell us about American public opinion. With coronavirus cases on the rise and a vaccine breakthrough still months away, scholars Elaine Kamarck, John Hudak, and Tom Wheeler discussed the virtual conventions, stripped-down debates, and how to get Americans to vote by mail—all while grappling with fears of election fraud and outside hacks. Rashawn Ray explained the importance of Black voters and why they were largely responsible for Joe Biden winning the presidency. 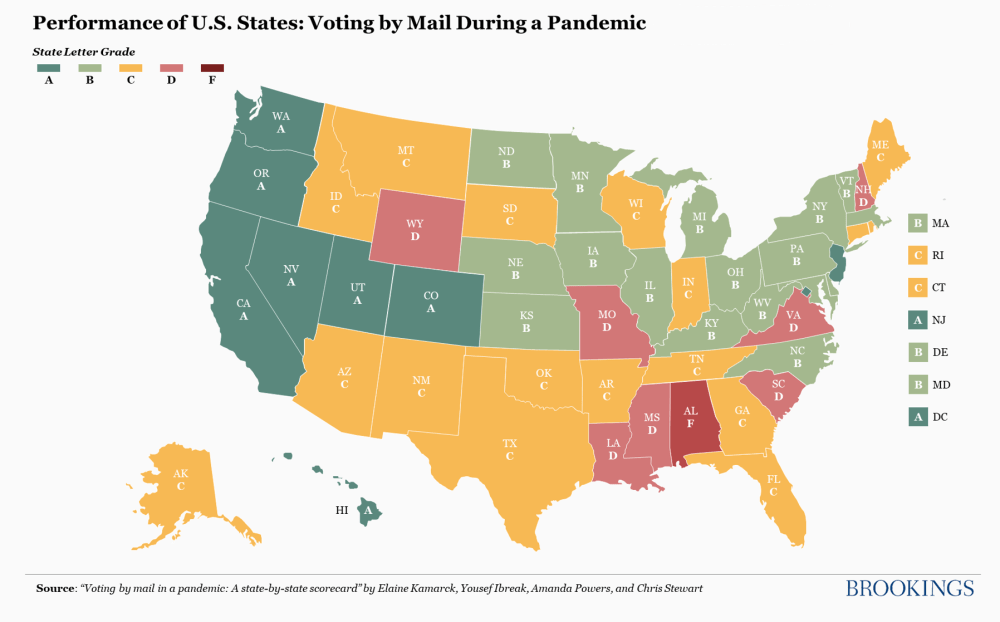 Voting by mail in a pandemic: A state-by-state scorecard

A letter grade from A–F on how prepared each state is for vote-by-mail in a pandemic.

The country did not know the results of the election until days later when all the mail-in ballots were tabulated. Donald Trump began stoking the “Big Lie” that the 2020 election was stolen from him, a baseless accusation that would eventually lead to Trump supporters storming the Capitol in an effort to prevent Congress from finalizing the election results. In the uncertain weeks leading up to January 20, 2021, Senior Fellows Molly Reynolds and Sarah Binder played a significant role in helping the world understand some of the more complex congressional rules and procedures used to certify U.S. presidential elections and inaugurate a new president. On the Lawfare blog, Senior Fellow Benjamin Wittes, Fellow Quinta Jurecic, and others discussed Capitol security, the legal ramifications of the riot, and how to ensure an event like that doesn’t happen again.

Polarization: A Defense of Truth

Indications are that polarization in the U.S. is at its worst since the Civil War. As Senior Fellow Jonathan Rauch outlined in his 2021 book, The Constitution of Knowledge: A Defense of Truth, the more polarized a society gets, the easier it is to manipulate people into hating the other side. Through falsehoods, trolling, conspiracies, and social media pile-ons, facilitated by new tech and exacerbated by the arrival of Donald Trump, Americans have been exposed to Russian-style disinformation on a massive scale. Rauch highlights the importance of the “constitution of knowledge” as the greatest social technology ever invented, transforming humans as a species. The constitution of knowledge is an important tool for turning disagreement into truth. 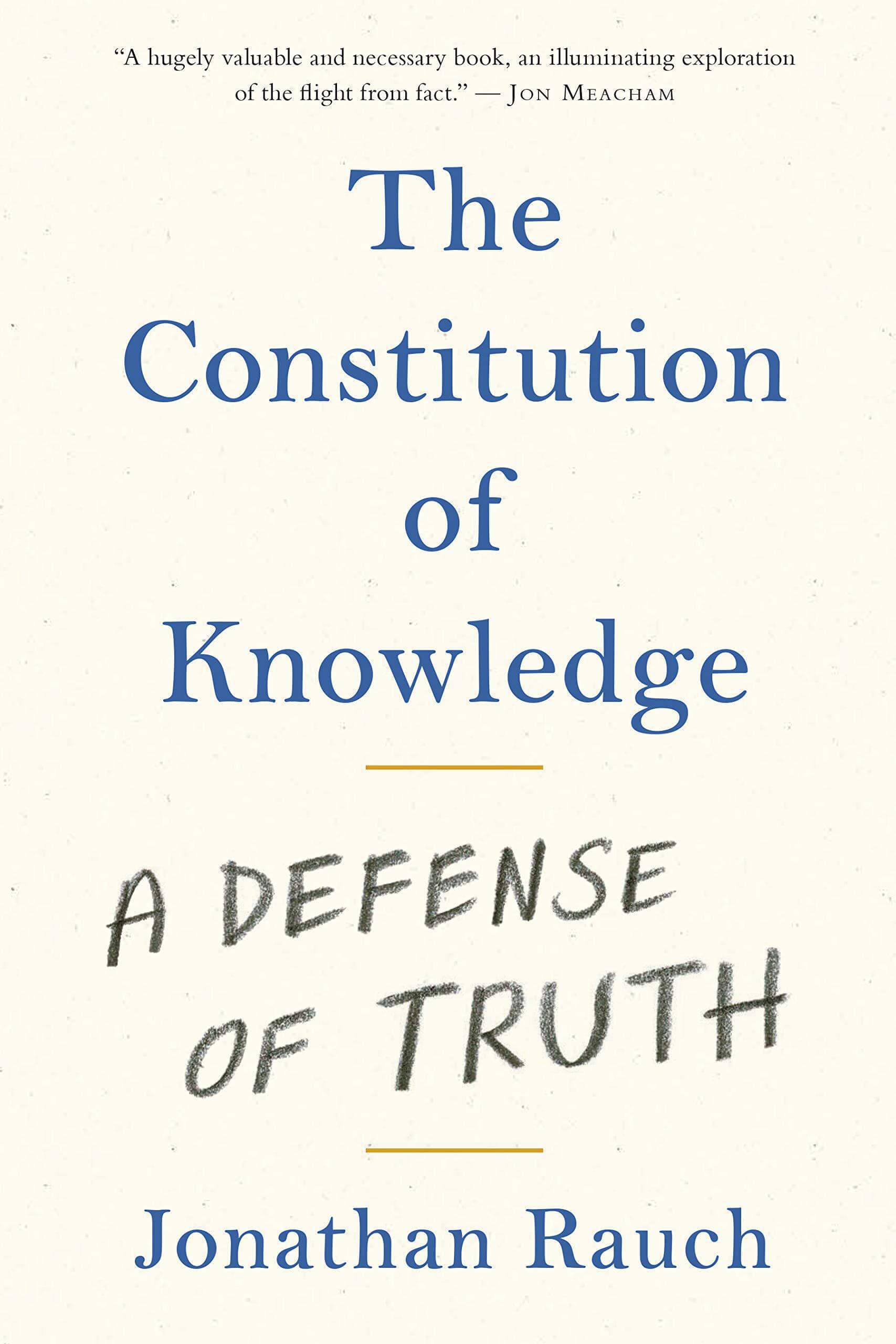 In May 2020, George Floyd’s death at the hands of the Minneapolis police and numerous events like it across America ignited a new urgency and momentum to the drive to reform the American criminal justice system. Having devoted over a decade to studying law enforcement policies and practices, speaking with police officers, policymakers, and civil rights advocates, and working to reduce police brutality incidents, David M. Rubenstein Fellow Rashawn Ray quickly became a go-to resource for policymakers, journalists, and the public. In widely cited Brookings publications, Ray described the impact of structural racism in law enforcement, arguing that “’bad apples come from rotten trees,” and identified key reforms needed to enhance police accountability. 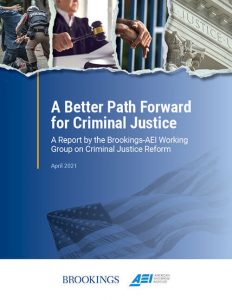 Unfortunately, the debate on police and criminal justice reform too often collapses into an unhelpful binary: “support the blue” or “abolish the police.” To help close the divide, Ray partnered with Brent Orrell, a Senior Fellow at the American Enterprise Institute (AEI), to establish the Brookings-AEI working group on criminal justice reform. Together, they assembled a diverse coalition of academics and practitioners to identify meaningful, workable, bi-partisan policy solutions that will foster safer, more peaceful, and more resilient communities.

At a hearing before the House Committee on Education and Labor, Rep. Frederica Wilson (D-FL) cited data from the Brookings-AEI working group’s report in support of strengthening reentry support for formerly incarcerated individuals as a part of the reauthorization of the Workforce Innovation and Opportunity Act. Ray continues to engage key policymakers, including Rep. Joyce Beatty, chair of the Congressional Black Caucus, Senators Corey Booker and Chris Murphy, and the U.S. Commission on Civil Rights, as well as local leaders such as Baltimore Mayor Brandon Scott to advance the working group’s recommendations.

Artificial intelligence (AI) technology such as machine learning and data analytics is affecting all aspects of
society including education, transportation, health care, and finance, yet regulations are not keeping pace. To provide fact-based information to policymakers and other key stakeholders, Vice President and Director Darrell West developed a range of content related to AI governance, and Director of the Center for Technology Innovation and Senior Fellow Nicol Turner Lee focused on the area of AI and bias. Brookings scholars and outside experts wrote a series of pieces and held events discussing AI-enabled disinformation, facial recognition, reducing bias in AI-based financial services, privacy and transparency, deep fakes, and issues related to algorithmic bias. They also proposed policy remedies to address the complex challenges associated with emerging technologies.

In addition, West and Brookings President John R. Allen co-authored the book Turning Point: Policymaking in the Era of Artificial Intelligence, designed to discuss both the opportunities and risks posed by artificial intelligence— and how near-term policy decisions could determine whether the technology leads to utopia or dystopia. The book offers key recommendations for actions that governments, businesses, and individuals can take to promote trustworthy and responsible artificial intelligence, including creating ethical principles, strengthening government oversight, defining corporate culpability, establishing advisory boards at federal agencies, and taking proactive steps to address how artificial intelligence affects the workforce. 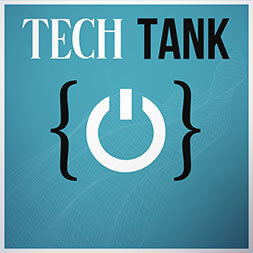 As part of outreach to multiple audiences, Governance Studies and Lawfare created the TechTank Podcast, which featured a variety of conversations to explore consequential current technology issues. In one notable episode, the father-daughter duo of House Majority Whip James Clyburn and former Federal Communications Commission Acting Chair and Commissioner Mignon Clyburn discussed the Accessible, Affordable Internet for All Act. The proposed legislation, helmed by Rep. Clyburn (D-S.C.) and Senator Amy Klobuchar (D-Minn.), proposes investing more than $94 billion in infrastructure. The Clyburns and Senior Fellow Nicol Turner Lee discussed this new legislation and Turner Lee’s proposed “Tech New Deal,” which focuses on ensuring internet access from a viable broadband connection. Both Visiting Fellow Tom Wheeler and Turner Lee testified before Congress to provide their expertise on the importance of equitably expanding support for both broadband deployment and adoption in communities across America.

Learn more about Governance Studies at brookings.edu/program/governance-studies/ and follow @BrookingsGov