From Crisis to Innovation

After a tumultuous four years, 2021 marked a shift in leadership in the United States, with the new Biden administration seeking to re-engage with the world and reassert its traditional leadership role on the international stage. A variety of forces have reshaped the geopolitical landscape, with far-reaching consequences—the COVID-19 pandemic, heightened geopolitical competition, an intensifying climate crisis, and a highly polarized U.S. electorate. At this fraught and complicated moment, Brookings Foreign Policy (FP) scholars, led by Vice President and Director Suzanne Maloney, are drawing on their expertise and experience to put forth deep analysis and actionable solutions to meet them. FP’s research and recommendations inform the public debate and provide senior national security officials and other stakeholders in Washington and around the world with trusted insights to advance peace and security around the world.

As the Biden administration undertakes an ambitious foreign policy agenda, an unprecedented 18 Brookings Foreign Policy program-affiliated scholars have heeded the call of public service. The nomination and appointment of these scholars to senior positions in the White House and across the executive branch reinforces Brookings’ ongoing impact and reflects the deep expertise, experience, and insight that are our trademarks. Brookings scholars have served in the National Security Council or Departments of State or Defense for every U.S. president since Franklin D. Roosevelt.

Brookings Foreign Policy scholars play a prominent role in informing public and policy debates. Even as they respond nimbly to rapidly changing events with insightful commentary, FP’s comparative advantage remains long-form research—in-depth, original, policy-relevant analysis and recommendations that go beyond the day-to-day developments to consider the underlying dynamics and offer compelling ideas for addressing the toughest problems facing the international community. In 2021 the program published more long-form content than ever, including a record 20 books by Brookings Foreign Policy scholars. 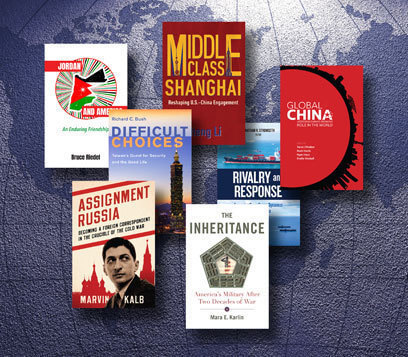 The challenges and opportunities posed by China represent the central strategic question facing Washington and the world. Through an array of high-level virtual events, off-the-record briefings with Cabinet officials, Track Two dialogues, and through numerous outputs such as commentaries, books, papers, videos, and podcasts, Foreign Policy is providing meaningful and tangible impact on China policy in Washington and beyond.

Foreign Policy’s comprehensive two-year project, Global China: Assessing China’s Growing Role in the World, provided policymakers and the public with an empirical baseline for assessing China’s regional and worldwide ambitions following its emergence as a truly global actor shaping every major issue and the international system. The papers published over the previous two years culminated in an edited volume that was released in June 2021.

Additionally, Foreign Policy scholars are in exceptionally high demand from U.S. officials and other key decision-makers to help understand and chart a way forward on issues related to China. Among FP scholars’ many engagements, Senior Fellow David Dollar has briefed high-level officials at the Departments of Commerce and Treasury and at the U.S. Indo-Pacific Command, and Senior Fellow Ryan Hass has provided insights and perspectives to officials on the Indo-Pacific teams at the National Security Council and State Department. Hass’s new book, Stronger: Adapting America’s China Strategy in an Age of Competitive Interdependence, has received considerable attention and praise from readers, including senior foreign policy leadership and their staffs. This was the one of a record seven new books on China and Asia published by FP scholars in 2021.

The transition to digital convening has expanded FP’s reach, enabling audiences in 70 countries to engage with our virtual briefings and events. In addition, digital convening has only enhanced our ability to sustain substantive, in-depth conversations with counterparts around the world. The John L. Thornton China Center has spearheaded several private dialogues among U.S. and Chinese leaders to address crucial issues in U.S.-China relations.

The Thornton China Center has also collaborated with Yale’s Paul Tsai China Center to generate proposals for the future of U.S. policy toward China. In preparation for the U.S. presidential transition, 17 prominent scholars offered specific, pragmatic recommendations for how the United States should adapt its policy toward China to respond to current realities while protecting and promoting America’s security, prosperity, interests, and values. The joint monograph was read by senior members of the Biden transition team, including cabinet-level designates, and received positive feedback from Capitol Hill, senior State Department officials, and the U.S. and Chinese business community.

How should the United States respond to today’s security crises?

So how should the United States respond to today’s security crises? Senior Fellow Michael O’Hanlon proposes a
grand strategy of resolute restraint.

Brookings Foreign Policy scholars published timely and clear-eyed analyses of the Biden administration’s decision to withdraw from Afghanistan, its execution, and the wider implications for regional stability and U.S. credibility and capabilities. Following the fall of Afghanistan to the Taliban, Foreign Policy experts actively wrote and commented on the unfolding developments and their consequences, including through numerous high-profile media engagements. Madiha Afzal, Vanda Felbab-Brown, Michael O’Hanlon, and Bruce Riedel shared their diverse perspectives through Agence France-Presse, the BBC, Foreign Affairs, Foreign Policy, National Public Radio, Politico, The Telegraph, CBS News, CNBC, the Financial Times, The Jerusalem Post, and The Washington Post, among other outlets. The vigorously argued debate among FP scholars on this issue reflected the breadth of knowledge and diversity of perspectives that are a distinctive characteristic of Brookings scholarship.

During the May 2021 escalation of hostilities between the Israeli military and Palestinian militants, Foreign Policy scholars including Daniel L. Byman, Tamara Cofman Wittes, Shadi Hamid, Natan Sachs, and Shibley Telhami explained the nuance and implications of the crisis through analysis and off-the-record briefings with key policymakers and members of Congress. They also discussed the consequences of the conflict, the U.S. position in the Middle East, and the future of the U.S. partnership with Israel and other regional allies in leading media outlets such as The Atlantic, The Boston Globe, CNN, The Megyn Kelly Show, MSNBC, The Washington Post, and others.

Foreign Policy’s Center for Middle East Policy hosted a major international conference in February bringing together leaders and experts to discuss policy priorities from the region, the United States, and beyond. The conference, “The Middle East and the new U.S. administration,” included remarks from King Abdullah II of Jordan, Iraqi President Barham Salih, Chair of the House Foreign Affairs Committee Representative Gregory Meeks, and others. In addition, Brett McGurk, who serves as Coordinator for the Middle East and North Africa at the National Security Council, headlined a roundtable on the sidelines of the conference.

Around the world, nonstate armed actors—militants, militias, and criminal groups—are increasingly powerful and have become a highly consequential and complex element shaping today’s international system at the expense of the state. To examine this increasingly salient issue, Foreign Policy launched a new Initiative on Nonstate Armed Actors in November. Led by Senior Fellow Vanda Felbab-Brown, the initiative has brought together FP’s workstreams related to armed groups, illicit economies, terrorism, and violent extremism within a single organizational hub that reflects the truly transnational nature of these challenges.

The Impact of Race and Identity on U.S. Foreign Policy

The pandemic exacerbated deep-rooted socioeconomic inequities in the United States and abroad, prompting protests, a nation-wide reckoning, and an international response to the Black Lives Matter and Stop Asian Hate movements. Recognizing the ripple effects on American diplomacy and soft power, the Foreign Policy program explored the impact of racial and religious identity on U.S. foreign policy and national security.

On June 24, the Center on the United States and Europe invited Pap Ndiaye, head of the National Museum of the History of Immigration in Paris, and Rashawn Ray, David M. Rubenstein Fellow in Governance Studies, for the 16th annual Raymond Aron Lecture, in which they provided a comparative analysis of the Black Lives Matter movement in the United States and the anti-racist movement in France, exploring their effects on the trans-Atlantic relationship. 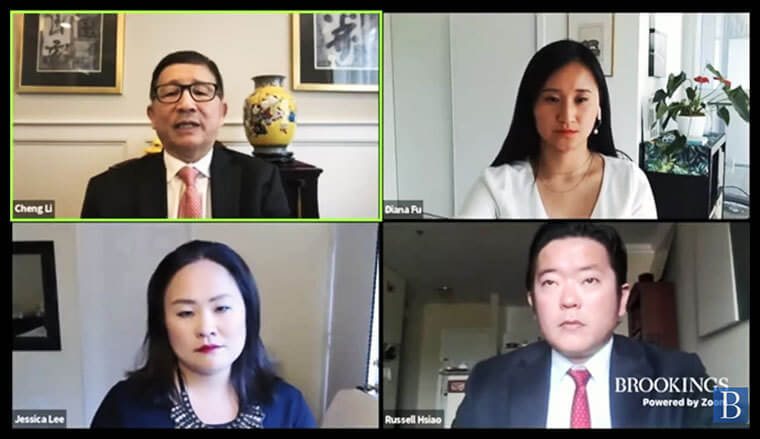